Our products are plastic-free, and we believe in leaving a habitable environment for our children. We can customize the products as per the requirements of the clients. 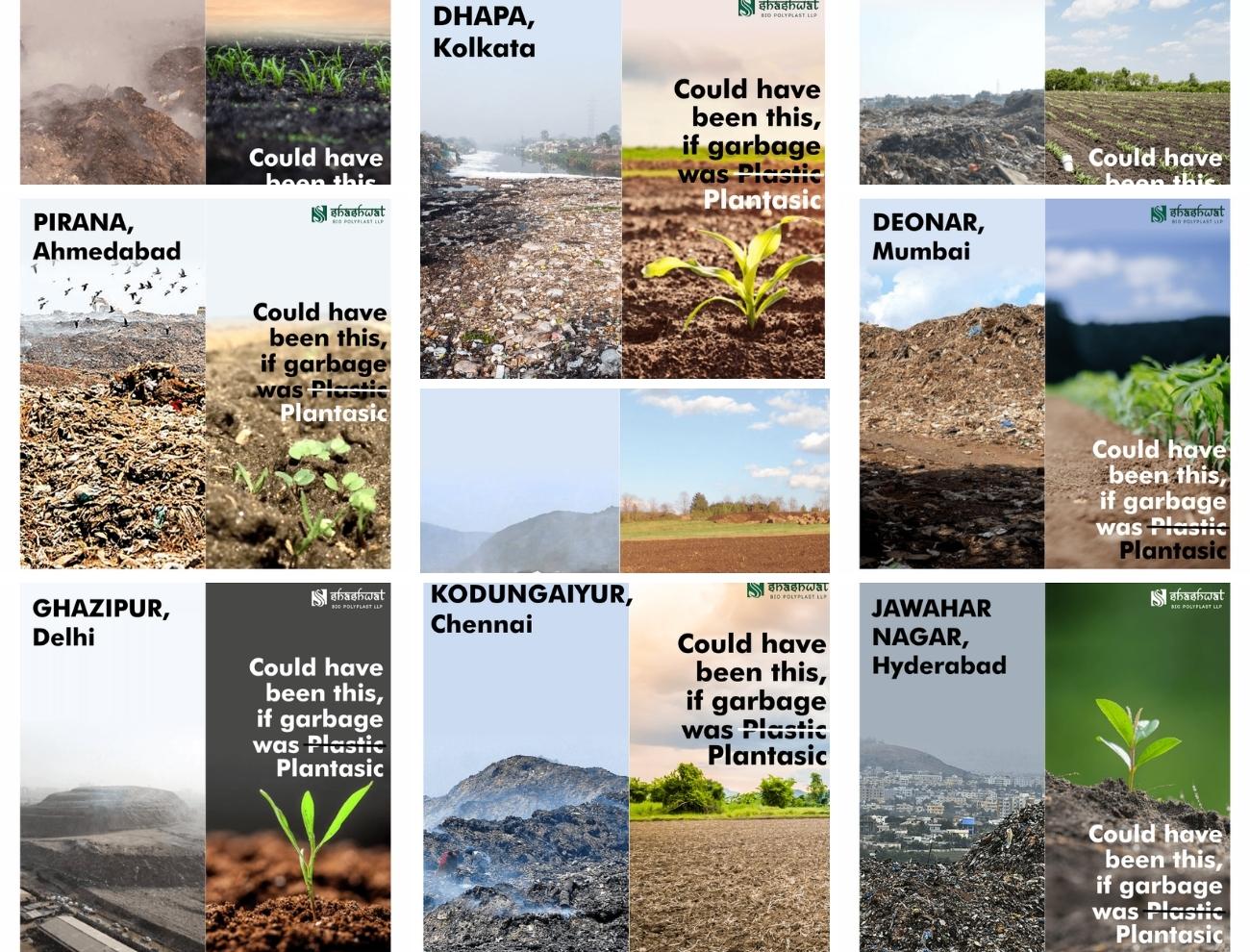 Plastics have varied application and have become an essential part of our daily lives. The use of plastics has increased twenty-fold in the past half-century and is expected to double again in the next 20 years. As a global estimate, around 330 million tonnes of plastic are produced per annum. The production, use, and disposal of the plastics emerged as a persistent and potential environmental nuisance. A great alternative to this would be bioplastics. The bioplastic products are manufactured to be biodegradable with similar functionality to that of conventional plastics. The expansion and development of the bioplastics would lead to an increase in the sustainability of the environment and would be key to a long-term solution for plastic pollution. However, a widespread public awareness is essential in effecting longer-term change against the use of single-use plastic.

In order to spread awareness regarding this, #SwitchtoStop and #Plasticfree2022 campaigns were launched. This initiative was taken in order to make people from different regions all across the country aware of what their region would have looked like if major plastic waste like single use plastic bags, single use straws and single use cutlery would have been avoided and a compostable alternative had been used. Every citizen of a particular state could connect with the dumpyard of the state and see the consequences of their actions.

Dhapa is a landfill site in the metro city of Kolkata, infamous for its “Garbage farming” and the irony lies in the fact that 40% percent of the green vegetables in the Kolkata markets come from these lands. We think this is reason enough that we lend a hand to save the land.

Almost every Amdavadi can connect with Pirana. Spread over 80 acres, the Pirana dump has three 55-metre mounds sitting on 40 acres of land and is a growing landfill.. If we could have used compostable bags instead of single use plastic bags, we could have avoided this mountain of landfill.

Mumbai’s 12.4 million citizens send 9,000 metric tonnes of waste to this 134-hectare dumping ground every day. There is no Planet B, so save this planet and start using compostable products to see the magic it can create for a greener and better environment.

Ghazipur in Delhi is India’s tallest garbage mountain which receives almost 3000 metric tonnes of waste every day. Do the Right thing with what’s Left of our planet and transition to compostable products and make a sustainable impact on Mother Earth.

Spread over 300 acres, the dump yard has been in active use for over a decade. One lakh metric tonnes of unprocessed waste has piled up and has taken the shape of a hill causing threat to the lives of the residents nearby. Adding to the misery is that the foul-smell that emanates from the yard and the nauseating smell signal danger to the more than 50,000 residents living near Jawaharnagar Colony.

Once an ecologically bountiful region of which the serene environment still bears a testimony, Mavallipura was a landfill site till 2012, where around 200-300 truckloads of untreated waste were being dumped daily, generating extensive toxic hazards and adverse ecological impacts on the adjoining villages and its livelihoods.

The Kodungaiyur dumpyard in Chennai is spread across an area of 258 acres and gets a waste of 2000-2200 tonnes every day. It is rightly said that those who help nature end up helping themselves and hence, let us switch from single use plastic to biodegradable products and do our part in reducing this growing mountain of landfill.

Sitapura landfill in Jaipur has been used for dumping the city’s garbage for the last several years. There is no waste segregation or enough garbage disposal facilities which is a growing concern. Feed people and not the landfills by switching to bioplastic and take the first step in your journey of sustainability.

Bhandewadi is very famous for its sewage treatment plants and we all can clearly see the results. It’s high time we start loving and protecting our Mother Earth the same way she loves and protects us.

One of the richest municipalities in Asia and still we can see heaps and heaps of garbage that just lays there without being taken care of, as much as the authorities are to be blamed, we’re the cause of garbage too and need to monitor our actions.

Vellalore is a fast-developing residential suburb in Coimbatore and still in six months, the Coimbatore Corporation will be left with no space in the Vellalore dumpyard to store the garbage if residents don’t start segregating. We urge the residents to join the Green team by starting using compostable products to see the magic it can create for a greener and better environment.

About three lakh metric tonnes of garbage had accumulated in the nearly 100-acre dumping yard, which has been in operation since 2007. We cannot generate a new environment but we can save the one we have by using eco-friendly products.

It is rightly said that, it’s better late than never so Let’s take the initiative to switch! Let’s Stop Plastic and Switch to Plantastic and give our plastic free journey a kick start with biodegradable, compostable and sustainable products. 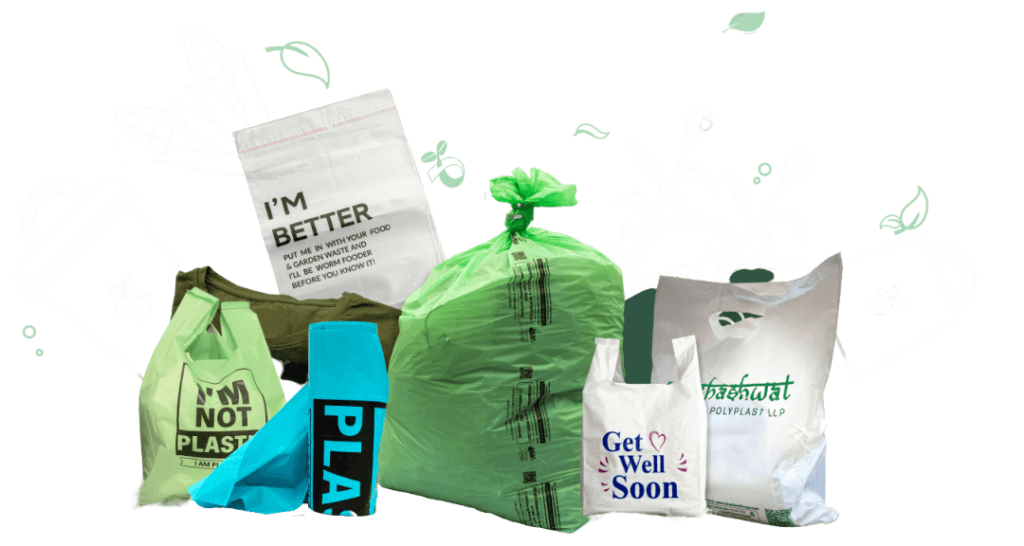 I AM NOT A PLASTIC

For decades we have been hearing the word sustainable when we speak about our foreseeable future, but we do really understand depth in all? In a time when plastic usage is being seen as a must but is also considered to be a hazard to the environment at an alarming stage, the suitable substitute has emerged. The Bioplastic material will revolutionize the packaging industry as if it is safe for the environment and is available for all the forms of packaging.