On one of his usual walks collecting plastic trash in Chennai, B. Gowtham recently noticed a goat wearing a discarded face mask. “It’s sad,” he says, adding how “over the years, awareness about single-use plastic has increased but the pandemic has reversed this”. With hygiene concerns paramount, people have forgotten environmental concerns. Gowtham founded environmental conservation organisation Walk for Plastics and he tells me how littering has increased sharply since the onset of COVID-19, with one of three plastic items being a mask. Titled ‘Corona Edition,’ their task over the last few months has been to collect plastic trash door-to-door. “Over 150 participants have collected 6000+ products amounting to more than 150 kg of plastic. We follow social distancing norms and use safety gear,” says the artist, known for his art installations made of water bottles, plastic caps, etc.

Sadly, the pandemic has halted the war against single-use plastics. Instead we’re being told why plastic is the safest material right now even as the demand for PPE suits, masks and gloves is on the rise. WHO estimates that every month the world needs 89 million plastic medical masks, 76 million plastic examination masks and 1.6 million plastic protective goggles.

It does not have to be this way, says Inger Andersen, UN Under-Secretary-General and Executive Director, UN Environment Programme. “COVID-19 has not pressed pause on the environmental challenges that we continue to face, and that includes the problem of single-use plastic pollution. In the last 50 years, plastic production has increased 20-fold and a mere 9% of plastic waste was recycled. According to UNEP’s Global Environment Outlook, about 8 million tonnes of plastic ends up in the oceans each year,” she says, adding how 125 scientists recently signed a statement saying that reusable shopping bags or packaging can be used safely by employing basic hygiene. 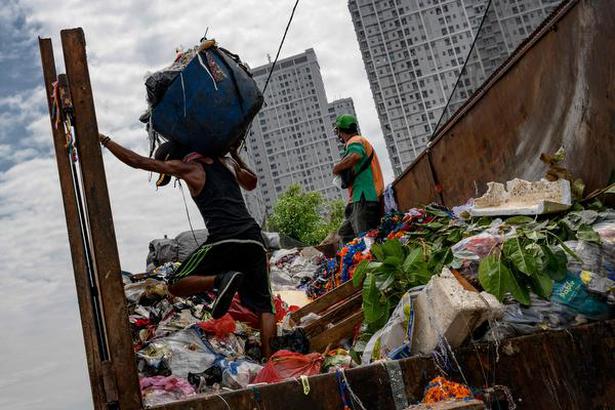 There is no evidence to prove that single-use plastics are safer than cloth or paper. Yet, producers milk the situation by feeding fear into people’s minds. Shibu Nair, India Coordinator at Global Alliance for Incinerator Alternatives (GAIA) says single-use products are “extending and amplifying the risk of Covid”. For example, a tea-stall vendor using steel or glass tumblers will reuse them after a thorough wash in soap and hot water. “If the same vendor uses plastic-coated paper cups, chances of the virus spreading from one cup to the remaining waste it is dumped in and then to the workers handling the trash is higher,” says Nair, who was featured in the 2019 documentary, The Story of Plastic. Moreover, the virus stays on plastic surfaces for more than 72 hours, which makes single-use gloves and masks more prone to spreading the disease, says Dinesh Raj Bandela, Deputy Programme Manager, Environmental Governance at Centre for Science and Environment.

Nair explains how the pressure from the plastic industry torpedoed the Plastic Waste Management Rules 2016 and led to the Plastic Waste Management Amendment Rules 2018, “which killed the spirit and purpose of the former rules”. There were provisions for strict restrictions on carry bags and phasing out non-recyclable and multi-layered plastics, but the plastic industry managed to convince the government to amend the rules.

Plastic production is a manifestation of our unsustainable production and consumption methods, says Andersen. For every person born since the 1950s, one tonne of plastic has been produced. “More than 100 countries have some legislation regulating single-use plastic products,” she says. However, around $180 billion has been invested over the last decade in plastic industries, and with COVID-19 causing a resurgence in single-use plastic, “we must work even harder and smarter.” 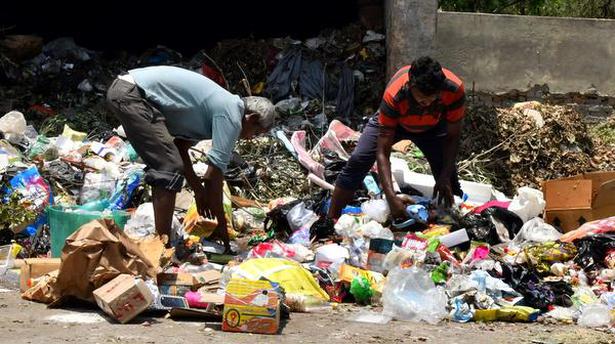 Impact on the poor

As with most disasters, the poor and marginalised communities are the worst-hit by the plastic crisis too. According to the World Bank, 93% of waste is dumped into low-income countries, while in upper- and middle-income countries, 54% of waste goes into landfills. In the absence of adequate waste management systems, plastic waste often ends up in dumps, riverbanks, and coastlines where the poor often live. “When this plastic waste chokes drains and waterways, it causes flooding and increases water-borne diseases. It contaminates what are often the only sources of water for poor people,” says Andersen.

Recycling of plastic is handled by people at the bottom of the pyramid, who are most affected by harmful emissions. Plastic processing units with minimum or no pollution control devices are thriving, and it’s the poor who find jobs in such facilities, says Nair.

What can be done

It is pretty obvious that even before the pandemic, India was nowhere in the race to eliminate single-use plastics by 2022, says Bandela. Eliminating it has to be a many-fold strategy: a mixture of a ban on few items that do not have recyclable capacity and a strong Extended Producer Responsibility policy, for instance.

The plastic industry needs to step up action across the whole value chain, says Anderson. “This includes design, sourcing, manufacture, end-use and recycling. We must look at solutions that have a significantly lower impact over the life cycle of the plastic product,” she says. Thus, investments in waste management systems and recycling capacities are crucial. “Once plastic reaches our seas, it becomes a global problem that can only be resolved through international action and global partnerships,” she says.

If The Story of Plastic were to be shot today, Nair says he would highlight the “myth of hygiene and health concerns under which a lot of single-use plastics are sold in India”. According to him, environmental and consumer organisations must educate consumers to stay away from such plastics. “It is tough, but doable,” says Nair, pointing to Kerala’s Green Protocol Initiative. “Single-use and PVC flex banners have now been eliminated from religious, social and political events. It is not the enforcement of law, but people’s participation that made it possible.”